The instinct to save yourself VS to protect your boss

08 February 2018 Personal security does not work in an office. To live or die but let another one to live.
﻿

In the field of bodyguard training we have a deal with people.

In spite of making by a lot of companies in their advertisements promises to provide you with the best security service the bodyguards are not robots. They are people. Yes, well trained experienced but simple human beings with all their weaknesses and arising from here consequences .

And in this circumstance there is the main, the most important conflict.

Will the specific bodyguard be ready at the very moment to protect a VIP from the shot covering him with his own body.

Yes, we can say, it is a job but the question is that self-preservation is one of the most powerful natural instincts of humanity which is much stronger then another functions of our brain such as thinking about a duty, job responsibilities and wide minded things which are normally completely forgotten in real situation of a fight and danger.

And what can we oppose to one of the most powerful strongest instinct? Here Pavlov Ivan Petrovich a well known and recognized everywhere genius, brilliant Russian scientist and Nobelist, a creator of colossal and very helpful scientific works in different areas can help us. He became popular with his experiments on dogs.

Shortly speaking the main instinct which you can rely on in bodyguards training is maternal one.
The maternal instinct is strong too and you can see a lot of facts proving that in both human technological and animal (without any hypocrisy) wildlife worlds. 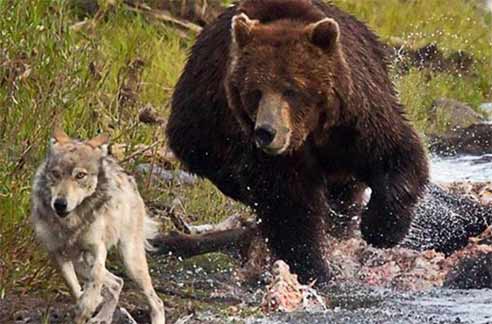 The word maternal might be understood not correctly. That is why let us make some comments that 99% of bodyguards are men. A woman protecting her child can do a lot of things sweeping away everything on her way. And now let us replicate the situation and imagine that instead of a fragile lady the same instinct has a strong well trained and armed father of the family. It is clear that game will be over for an aggressor forever...

Here we are not talking about a babysitter. We would like to light the position when a bodyguard attached to a VIP on conscious and unconscious levels “adapt” him taking on himself all responsibility for protected person’s safety at all levels .

According to psychologists’ opinion the maternal instinct multiplied by tiredness of reality allows members of a team to drop themselves down on the grenade saving all subdivision.

The right question is how to cultivate such attitude in the team.

Obviously that it is a long process and such kind of relationships are not built at once and in case of short term contracts it is absolutely impossible.

Additional barrier might be difficult VIP’s personality. But we must accept the fact that parents love even the naughtiest children. And a bodyguard has to either accept that or leave and stop any relationships with a VIP deceiving him and creating a dangerous illusion for a protected person.

The conclusions are. Seriously concerned about their safety customers build security team based on the loyalty first. And then already checked people who are trained and guided properly can become professional bodyguards.

Finally. Summarizing. How to train a bodyguard to be sure a VIP will be covered at that very moment?

A head (Psychology of a bodyguard): parents attitude.
A body. Trainings and trainings. Constant repetition of movements related to VIP’s covering. In stressful situation only well trained things are left.

Other articles for reading

FIVE FACTS BEFORE THE CONVERSATION

1. We do provide onsite trainnings: 360's instructors train all over the world. 2. The venue for offsite trainnings are in St.Petersburg (Russia) or Tallinn (Estonia, EU). 3. There are three course stages. At each course stage the price is $2500 / per trainee for 8 days. 4. Minimum team size — 5 trainees. 5. We do provide individual vip protection training but for fortunes: starting from $5 000.